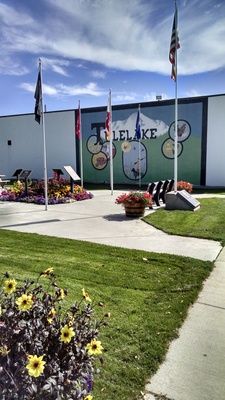 The City of Tulelake is located in the northeastern corner of Siskiyou County in the state of California.  The region is similar to much of the northeastern Plateau area of the State characterized by sparsely populated towns and little industry other than those related to forestry and agriculture. The nearest major urban center is Klamath Falls, Oregon, approximately 30 miles north of Tulelake.

Tulelake is located on the great Modoc Plain of the Modoc-Oregon Lava Plateau at an elevation of 4,030 feet above sea level.  The region is rich in evidence of recent volcanic action, with most formations the result of massive lava flows reaching throughout this northern portion of the state.  The Modoc-Oregon Lava Plateau province is characterized by broad valleys such as the Tule Lake Basin, frequently containing marshy ground and, in many areas, shallow lakes.

The City is situated in an area which is predominately flat plain surrounded by hills and bluffs.  The plain ranges in elevation from 4,045 feet with general slopes from north to south. The City is approximately in the center of what was once a shallow lake stretching from Sheepy Peak Ridge on the west, 13 miles to the abrupt ridges forming the eastern boundary.  Tule Lake, before it was drained, comprised over 100,000 acres during wet years and about half of that in dryer periods.  About 60,000 acres of this area has been converted to extensive agricultural farm lands.

The climate in the Tulelake basin is relatively dry and ranges from moderate to severe in winter months.  The length of the frost-free growing season ranges from 90 to 140 days.  Some severe frost can be expected any time during most years.

Tulelake is home of the Tulelake-Butte Valley Fair which provides the region with many agricultural and social events.  It is the last “dry” County Fair in the area with a “pay what you can” admission which begins on the second Thursday in September, lasting four days. 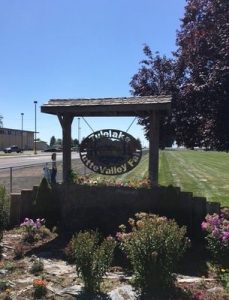 A little known fact:  The Tulelake-Butte Valley Fair Grounds is located in Siskiyou County just outside the city limits of the City of Tulelake.